Charlotte Coleman has been in the San Francisco Bar business since 1959 when she opened “THE FRONT” at Front and Jackson Streets, one of the first lesbian owned bars in the world. She has opened more bars in this city than any other woman and has always made an effort to support charitable organizations. In 1969, she bought “THE MINT” on Market Street (in the shadow of The U.S. Mint) and owned it until 1975.

One of the most outrageous and memorable ‘for charity’ celebrations she instituted was the Memorial Day “GREAT TRICYCLE RACE”. 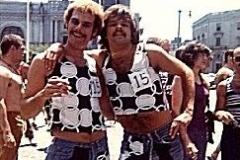 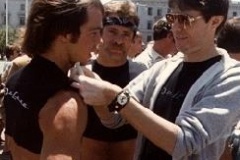 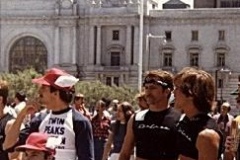 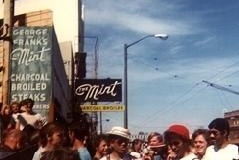 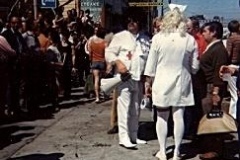 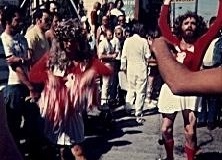 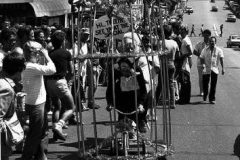 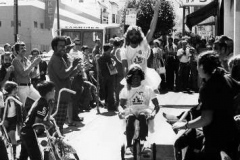 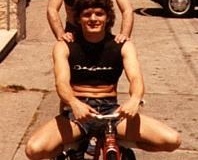 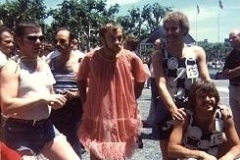 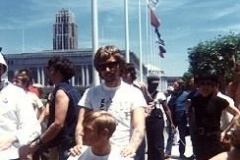 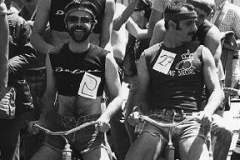 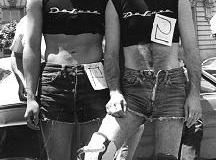 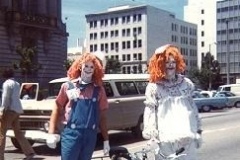 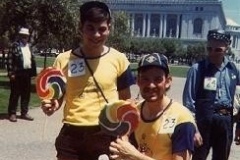 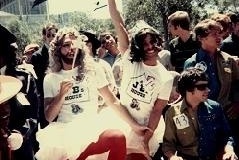 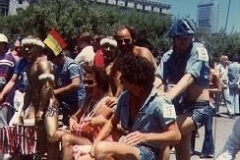 Various bars would sponsor tricycles and a team of two people in ridiculous costumes would take turns riding and pushing the silly thing along a route which covered most of the gay bars in the City. They had to check-in at each location and have a drink before speeding along to the next pit-stop. They raised thousands of dollars along the way. The finish line was, of course, The Mint where the celebration continued well into the evening. The first charity to benefit from the event was “Guide Dogs for the Blind” and more recently the donations were made to various AIDS charities including Ward 5-B (the AIDS Ward at San Francisco General Hospital), Open Hand, and The AIDS Emergency Fund. The first Great Tricycle Race was held in 1972 and the tradition continued for 21 years.

On Easter Sunday, April 23, 2000, the Sisters of Perpetual Indulgence held a tricycle race as part of the celebration of their 21st anniversary. The race started at the MINT on Market and finished at the EDGE on 18th near Castro. In the tradition of both the Sisters and the past tricycle races, the event was a fund raiser for several local charitable groups.